I joined Jayn Hanna's band The Steals in 2009, around the time that Static Kingdom was released. The initial idea was to temporarily replace Mark Peters - who was becoming busy with the release of the Engineers album Three Fact Fader - but I ended up staying in the band for four years, long after Mark had moved on.

Jayn is an interesting character, and I loved her from the get-go. Signed to Virgin as a solo artist in the late 1990s, she was one of the go-to singers for a generation of dance producers, and wrote songs for a range of artists, including Kylie Minogue. I had utmost respect for her as an artist and loved the folky, psychedelic thing she was doing with The Steals. Being in the band meant getting out of Manchester and travelling up to Hebden Bridge, where Jayn lived, and I loved that - I envied the life that Jayn had set up there, with the plot of land where she kept chickens and ducks, and her big stone-walled rehearsal studio in an old mill.

We worked on a follow-up to Static Kingdom in that studio, sporadically, for a couple of years. That album was never finished, though. By 2012, Jayn was tiring of The Steals sound, and even the band name, and wanted to move on to something more personal. I was going through the same process in my own work - we talked about this often, and encouraged each other as we both "went solo", and started new projects. Jayn's new project was called Darkher, who signed to Prophecy Productions in 2014. I did some guitar for that release; you can some of that guitar work on the track "Ghost Tears", below.  There is also an album called Realms, which I performed some guitar on - you can check that out by following this link, and there is a new album called The Buried Storm due out on Prophecy in the spring of 2022.

I owe a lot to Ulrich Schnauss. His early encouragement gave me the push I needed to release music publicly for the first time. And it was his words, whispered into the right ears, that got Daniel Land & The Modern Painters a support slot on the Ulrich Schnauss/Airiel tour in April 2008 – which resulted in the first record deal that we were ever offered. That was the deal for the double A-side single "Within The Boundaries" and "Benjamin's Room", released on Sonic Cathedral in 2008, and mixed by Ulrich Schnauss and Mark Peters (Engineers). If it weren't for Ulrich's (and Mark's) early advocacy, myself and the Painters may not have had any kind of career.

In 2010, Mark invited me to join his band Engineers, playing bass, and singing backing vocals. Engineers was becoming a kind of Dream Pop supergroup, as Ulrich had also joined – it was too great an offer to pass up. The band was based in London, whereas Mark and I were in the North, so we stayed with Ulrich often; I came to enjoy that experience as much as my actual time in the band. Hanging around and playing records, talking about music, and debating politics – it was energising, clarifying, and challenging. Ulrich has one of the sharpest minds I've ever experienced. He also paid me the best compliment of my life – that if more people made shoegaze the way I did, he'd still be a fan of the genre. That's always stuck with me.

Engineers has continued as a de facto solo project for Mark, with assistance from Ulrich and Matthew Lindley. The album released by this line up – Always Returning (2014) – contains a handful of classic Engineers tracks and is a vast improvement on the only Engineers album I was (admittedly only partly) involved in – In Praise of More, which in retrospect was somewhat underbaked. Meanwhile, Ulrich's work goes from strength to strength, both in his solo work (No Further Ahead Than Today, in 2016, is particularly good) and as a member of Tangerine Dream.

Bing Satellites is a prolific ambient composer who, across various ambient projects, has released over a hundred albums. I first met him in 2008 when he interviewed me for his radio show on Rebel Radio. Now, a decade and a half later, he remains a key collaborator – and one of my dearest friends. He was my most trusted confidant during the recording of my first solo record, In Love With A Ghost, and appears all over that album, playing multiple instruments, helping with production, and co-writing some of the music with me. He's also been a stalwart of my live band since 2013, playing keyboards and singing backing vocals on all my subsequent albums and tours.

In 2013 we released an album called King Midas In Reverse. It is an album of quiet, beautiful pieces performed on piano and guitar, which we made during a couple of lengthy sessions in January and June 2013. It features some of my favourite instrumental pieces – I'd hold "The Man With Link's Hair", and the title track, up against anything else I've done. It is also one of the most delightfully packaged albums I've ever been involved with, featuring art by Ade Hodges, and an essay by David Edwards, all lovingly put together by Brin.

You can watch the video for the title track "King Midas In Reverse" below. With any luck, there'll be more of this kind of thing in the future! 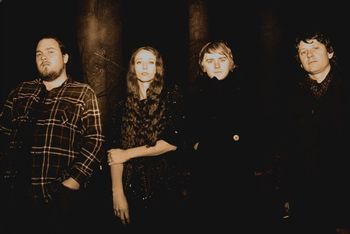 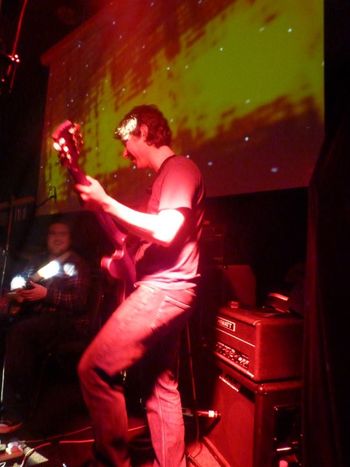 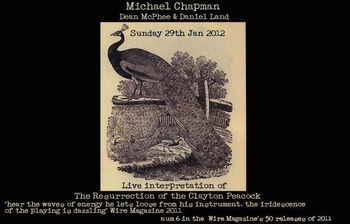 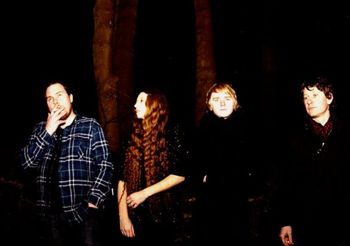 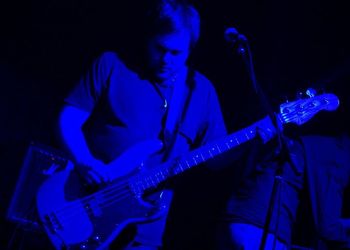 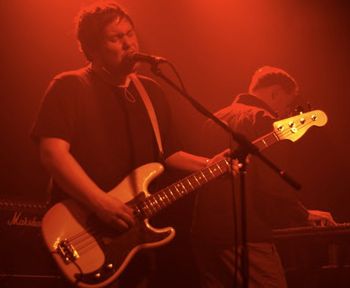 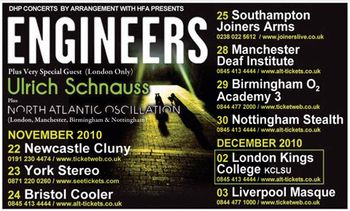 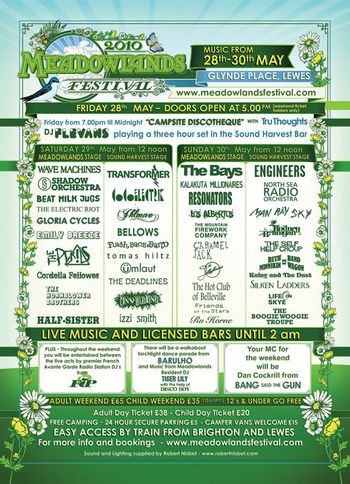 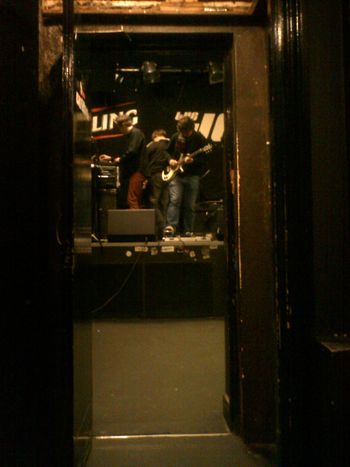 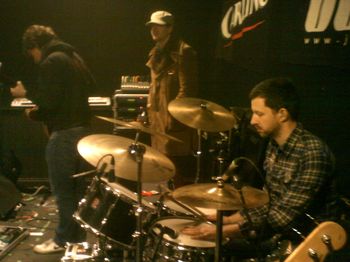 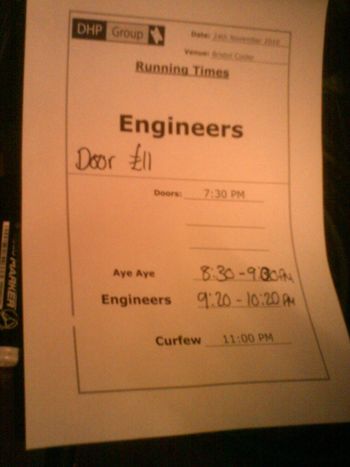 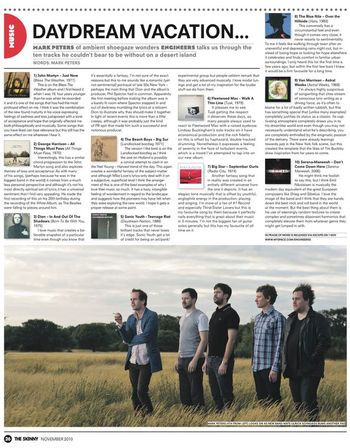 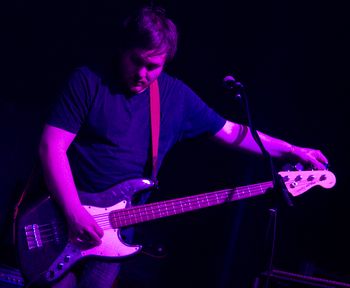 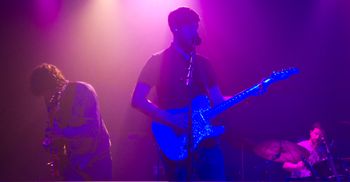 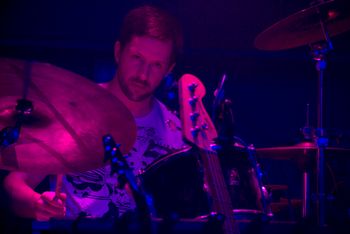 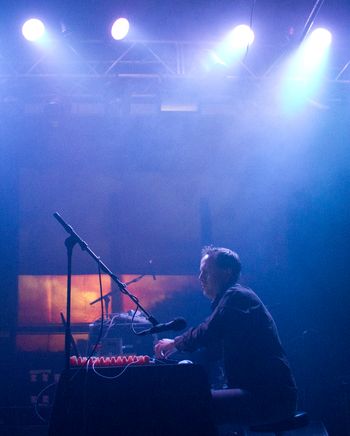 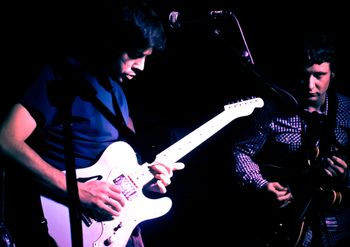 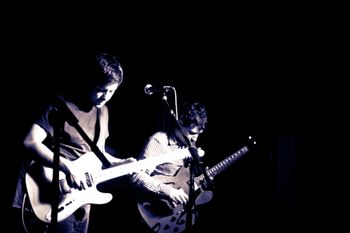 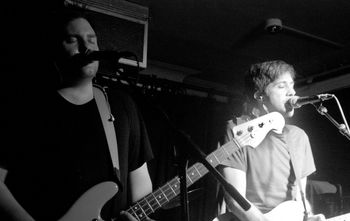