In Love With A Ghost

In Love With A Ghost is my official follow up to the Daniel Land & The Modern Painters albums Love Songs For The Chemical Generation and The Space Between Us. It was recorded in the three years since the Painters disbanded, at various locations including London, Manchester, California, and New York City. It features a cast of over twenty musicians including former members of the Modern Painters, along with Andrew Saks (Sway/ASAKS), the ambient legend Bing Satellites, Gerard Hopes (Little Nova Sound), and members of my new live band, among many others.

Midway through making the album, I suffered a chronic inner-ear infection which, for over a year, left me partially deaf and prone to bouts of dizziness. Unable to work, and living in a new city, this made me feel, at times, powerfully depressed. Finishing the album was a process that involved completely re-evaluating my life and my relationship to music, and coming out of the other side more humble, more grounded, more in touch with my faults. During this time I also met, fell in love with, and moved in with my partner, to whom the album is dedicated.

The album was released on 25 November 2016, and can be ordered at my Bandcamp page. The CD version of In Love With A Ghost is presented in a sturdy Super Jewel Case format with a 16 page booklet, including mine and my partner's New York photography, and full lyrics.

In Love With A Ghost

"With 'In Love With A Ghost', I came full circle for a while by incorporating a whole bunch of influences that pre-date my love of dream-pop and shoegaze. I really wanted to make a colourful, widescreen, detailed record. When I started the album, I didn't have a live band, and most of the tracks were written on the piano, for my own amusement, rather than for a group with three guitarists."

Daniel suffered a series of health issues midway through making the album, including a chronic inner-ear infection that left him partially deaf for over a year and also prone to bouts of dizziness.

"Unable to make music, and living in a new city made me feel, at times, powerfully depressed. This became a crisis of confidence that went very deep and it did seem, for a while, that I would never find my way back to making music again. Finishing the album was a process that involved re-evaluating my life and overhauling my relationship to music, and coming out of the other side more healthy, more humble, and more grateful. It's good to be back again," says Daniel.

The album was recorded at various locations including London, Manchester, Devon, California, and New York. It features nearly twenty musicians including members of Daniel Land & The Modern Painters, Andrew Saks (Sway/ASAKS), Gerard Hopes (Little Nova Sound), and members of Daniel's new live band. The record involved Brin Coleman, aka the prolific ambient composer Bing Satellites, who was involved with the record from the start to the end, playing multiple instruments, helping with the production, and even co-writing some of the music.

Daniel Land has been releasing dream-pop and ambient music for nearly a decade, having developed a unique blend of shogaze and confessional song writing. Drowned in Sound said that the first album 'Love Songs For The Chemical Generation' is "one of the finest records of its time", while NME says the single "Within The Boundaries" was "like Slowdive reimagined by Phil Spector".

Daniel also releases atmospheric landscape music under the name riverrun. He has collaborated with German electronica genius Ulrich Schnauss, in part through his membership in dream-pop supergroup Engineers at the time of their third album 'In Praise of More'. He has also collaborated with such artists as The Steals, Bing Satellites, and Ask For Joy.

Lauded by BBC's Guy Garvey, Marc Radliffe, Tom Robinson, and many others, he makes the kind of music that Rob Da Bank of BBC Radio 1 also commends, saying "You can't help think the late John Peel would have loved".
Read more…
0:00/???

With In Love With A Ghost, I came full circle by incorporating a whole bunch of influences that pre-date my love of dream-pop and shoegaze. Some of the records that I have drawn on - discovered, or rediscovered - whilst I have been working on the album are:

Having finished what is without doubt my most complicated and textured record to date, I anticipate a return to simpler, guitar-based songs in the future. Due to the timescales involved in putting a record out, I am already a considerable way towards finishing that next album.

I like pinhole cameras, old Super 8 films, vintage lenses, and the photographs of Anton Corbijn - anything that is an antidote to the scrubbed-up, high definition, over-perfected images of this era. I try to take pictures that are a visual counterpart to the music I make - I like things that are resonant with atmosphere and nostalgia, and the texture is often as important, to me, as what's being described.

The music that I make is made with simple, even crude technology - but I know my processes very well, and I think this is one of the reasons why I've been able to make comparatively rich recordings largely at home. Likewise, my photographs are undoubtedly amateur, but I know my limited materials inside out. I'm a big believer in that Brian Eno adage that you should always prefer rapport to options. Modern technology gives us the ability to over-produce sound and over-tweak images – I think it's possible that in twenty years, the over-perfected sounds and images of this era will seem as absurd as any other passed trend.

The artwork for the CD of my new album, 'In Love With A Ghost', is made out of the pictures that my partner and I took of New York City, in 2014 and 2015. These photographs were taken with a couple of different digital and analogue cameras, and a poor quality camera phone, which I then re-processed in various ways. I also made extensive use of the iPad 8mm film app to shoot the video for my single, "New York Boogie-Woogie" – the same app that the director of the film Searching for Sugar Man used when he ran out of Super 8 film.

My vision of New York is dark but not bleak. It's a vision of dark nights and bright lights, crowded streets, dark bars, and rented rooms - like an Edward Hopper painting, or the lyrics on a record by The Blue Nile. It is a vision of a city of ghosts, a city of Susan Sontag, George Balanchine, Robert Mapplethorpe, and David Kalstone. Agnes Martin on the roof of her studio at Coenties Slip, and Frank O'Hara writing poems on his lunch break.

In writing "New York Boogie-Woogie" I was borrowing a lyrical style from Peter Gabriel's "In Your Eyes", who in turn borrowed it from an African tradition - in Peter Gabriel's song, you can't tell whether he's singing about romantic love, or love for God. In "New York Boogie-Woogie", you can't really tell whether the love is directed at a person or the city.

I grew up in rural South West England in the 1980s and 90s. Nothing could have seemed more removed from my day to day life than the hustle and bustle of New York. And yet, all of the music I was listening to in my teens - things like Talking Heads, Laurie Anderson, The Velvet Underground - all came from New York, or had a New York connection. And so from the earliest age, I felt an irrational sense of attachment to the place. When I finally made it there, I felt like I had come home.

New York is to the States what Manchester is to the UK. I lived in Manchester for 12 years and it seems to be cut from the same cloth, somehow. Manchester has often been used as a stand-in for New York in films like Captain America, or the Jude Law version of Alfie, so I'm not the only person to notice this.

These days, there's a lot of nostalgia for 1970s New York, when the city was savage and bankrupt and practically everything below 23rd Street was overrun with artists. It's become a bit of a cliche, really. But as an outsider I still find it interesting how many different artistic scenes were co-existing at the same time; whether it be the Patti Smith/punk axis around CBGBs, or Robert Wilson's theatre, or the No Wave movement circling around bands like DNA, or Woody Allen's films. At the same time there was an explosion in post-liberation gay literature coming out of New York as well, writers like Andrew Holleran, or Edmund White (who I love). It fascinates me now, that these mostly-independent scenes, which I became interested in separately (as a true auto-didact) existed more or less concurrently.

I don't disagree with people who say that New York is over-sanitised now. So many artists have been priced out of Manhattan. Arto Lindsay says that New York has now just become the place where Donald Trump lives. I know what he means. We were in New York at the time of the election - a heartbreaking day for us. But there's plenty of great things happening at the edges, and in those artistic scenes, the city's energy remains undiminished. I find New York brings out the best in me; my sharpest thoughts and my best ideas. It's still the best city in the world. 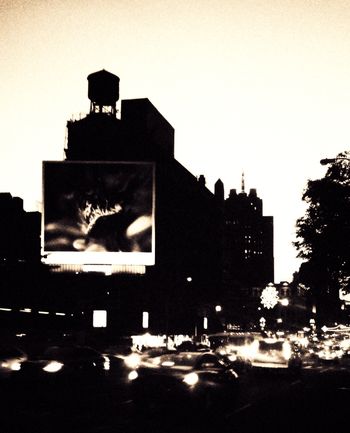 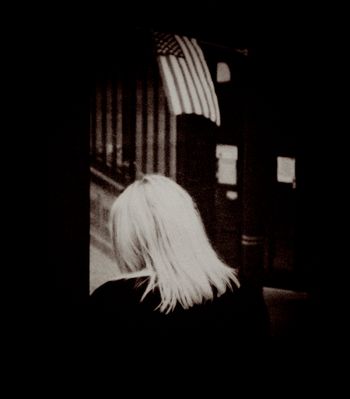 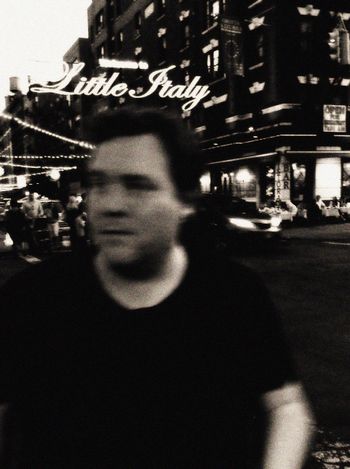 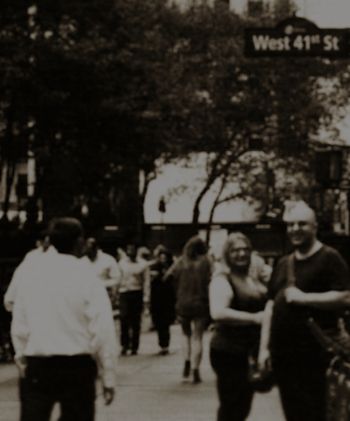 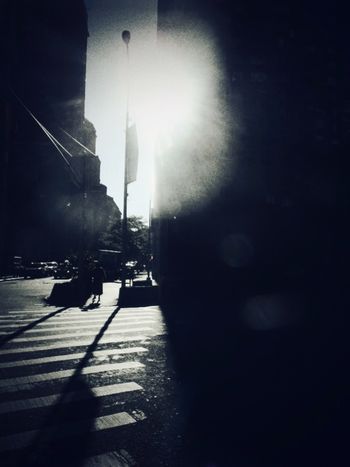 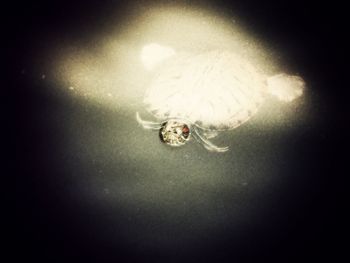 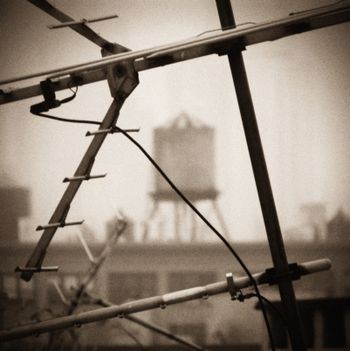 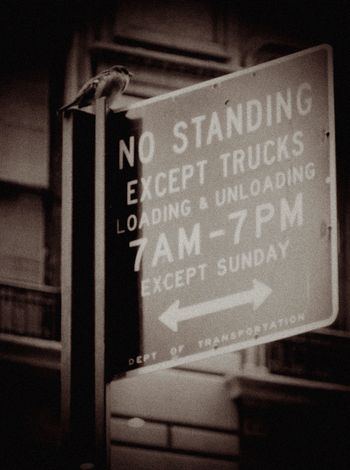 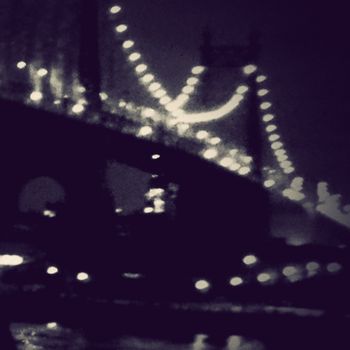 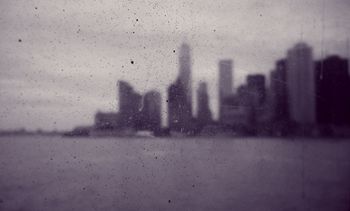 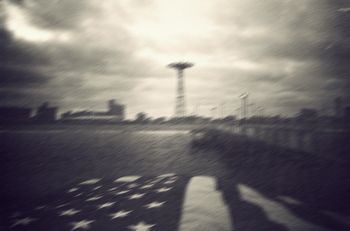 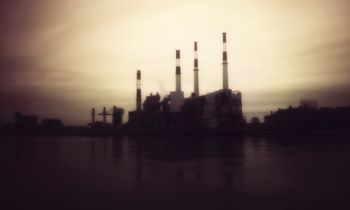 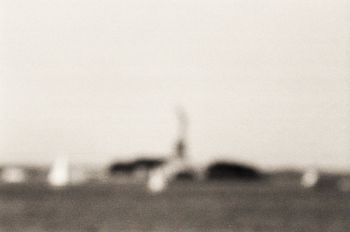