The title came first, in around 2001 or 2002. The songs would come later but the idea was there, born out of many nights on Manchester's clubbing scene - particularly centred around Mantos Breakfast Club where, on my 21st birthday in 2001, I met Graeme Meikle and began what would be a long and fruitful musical collaboration. It was the strangest beginning to a friendship - sat on the floor in a gay club and talking about Spiritualized and Radiohead whilst Little Miss Natalie's hard house blared out everywhere, and people danced around us.

Graeme and I began writing songs the following summer. We had both been in relationships that had cratered at more of less the same time. Jobless and skint during the long hot summer between semesters at University, we pooled our resources and put together a four track demo studio at my place. Songs that came out of those early sessions included "Codeine", "Glitterball" and "Good Speed, Good Fun" - those songs hung around for years until we had the resources to record them properly.

The songs on Love Songs For The Chemical Generation are the stories of that time - the people we knew, the relationships we had, the people we used to be - some written in the heat of the moment, and others written from a safe distance of five years. The clubbing scene was intense and all-consuming - and in retrospect, slightly fake - but the life we lived at that time was as intense as it gets.

Love Songs For The Chemical Generation

Buy album
View on Bandcamp
Performed by Daniel Land and his trusted friends and collaborators over a period of two years, the album features twelve tracks and was produced by Daniel Land along with additional production contributions from Bing Satellites, Ulrich Schnauss, Mark Peters (Engineers), and others.

The album features seven totally new tracks - and new mixes of the tracks "Locust", "The Magic In My Head" and "Off Your Face Again" from the band's previous EP releases.

The tracks "Within The Boundaries" and "Benjamin's Room", from the 2008 Sonic Cathedral single (mixed by Ulrich Schnauss and Mark Peters) are included here for the first time on a Daniel Land & The Modern Painters CD.
Read more…
0:00/???

At a time when it's all too common to find musicians trying to sidestep or avoid the references their music undoubtedly contains, it's a pleasant surprise to find Daniel Land and Graeme Meikle - primary members of Manchester's shoegaze-cum-ambient The Modern Painters - advocates, scholars even, of the type of output they're creating. In Land's case certainly, this isn't so surprising - over the course of almost two hours in his and his band mate's suburban dwellings, the impassioned frontman makes frequent references to Brian Eno, a man who is "completely articulate about what he does, and how he feels it fits into culture"; indeed, even before the dictaphone light is red, he's enthusing about London's shoegaze-centric label Sonic Cathedral, fretting over the impact of the at-the-time unreleased second album from Serena-Maneesh ("it's going be a Loveless moment for shoegaze revivalism - everything after it's going to sound redundant"), and pondering over how his band might react to this on their next album.

Graeme meanwhile leans contentedly against the windowsill, happy to let his co-founder unravel streams of consciousness; occasionally he'll back points up with anecdotal tales, or further a claim made - a true lieutenant to his commander. There's also the feeling though that Daniel Land & The Modern Painters simply couldn't exist without the guitarist's assured presence on the protagonist's shoulder. They've been close friends for ten years and, as Daniel points out, it was Graeme who pushed him into becoming a vocalist and who continues to be an emotional support. Though the credits on the group's first LP - last year's Love Songs For The Chemical Generation - suggest things are very much Daniel-led, it's clear that Graeme's influence manifests itself in ways that aren't as obviously apparent.

If this piece feels like it's missing a starting point then that's only because it echoes the original conversation. I've barely set foot in the door and my hosts are swapping stories, talking about bands, playing clips of what may or may not be parts of their next album - it feels almost like I've stumbled in on a constant monologue, and I'm just here to capture a segment of it. But we should find a start, and that start was in 2000 when Daniel and Graeme pitched up in Manchester to study, from Devon and Scotland respectively - the latter to "find some likeminded people after living in a small place all these years"; the former for slightly less pure reasons ("I was attracted by the gay scene, Manchester had just had [Channel 4's 1999 television drama] Queer As Folk and I thought 'I want a bit of that".) Unsurprising then that they met whilst on the city's infamous Canal Street stretch, at a 'night' called The Breakfast Club, running between 3 and 8am, but whilst their respective friends were dropping pills and revelling, they were sat in the corner, discussing Spiritualized and Radiohead; a conversation that would sew the seeds of the band.

"We started making four-track demos in 2002," explains Daniel, "then met [the band's third guitarist] Oisin in 2004, then there was a lull." In fact it wasn't until 2007, and an eye-opening experience at the Big Chill Festival, that really kick started events. "I saw Ulrich Schnauss play", says Daniel "and he was playing all this incredible new shoegaze stuff. I'd always loved shoegaze, but had started to exist in a bubble and really not listened to any new music - I didn't know there was a new shoegaze thing going on." As soon as he returned from the Big Chill, Land muscled up the band into a five-piece, and within six weeks of the festival he had released Voss, the group's first EP. A further EP followed in 2008, before double A-side 'Within The Boundaries' / 'Benjamin's Room' was released on Sonic Cathedral. The pair are quick to acknowledge the influence of Nathaniel Cramp's renowned shoegaze label: "Some of the work we've done with Nat, and even, just getting to know him have been some of the best experiences I've had in this band" smiles Graeme; "There always has been a communal side to shoegaze" muses Daniel, "but there's always the danger of being so involved in a scene you don't step out of it - I don't want that to happen to us." Such a scenarios seems unlikely judging by the dexterity of last year's full length LP.

If 'outward looking shoegaze' is an oversimplification of Love Songs For A Chemical Generation, then certainly within its megalithic 70 minutes lies an array of influences that have affected both the music and Daniel himself. There's the country music his step-father listened to ('Smiling In Slow Motion', 'Good Speed Good Fun'), the dream-pop of the Cocteau Twins and, of course, Ulrich Schnauss - the producer even had a hand in producing the shimmering opener 'Within The Boundaries' and the gentle simmer of 'Benjamin's Room'. Lyrically, TS Eliot, Virginia Woolf and Wordsworth are quoted; yet these songs are also documents, "character sketches" says the vocalist "of my time in the Manchester gay scene." One of the refreshing things about Daniel Land, through talking to him and from listening to his group's music, is his comfortable openness about his sexuality at a time where many gay musicians still seem to struggle with coyness - bar those fond of exaggerated camp theatricality. The songwriter finds a middle ground. "There's traditional things in there like relationships, romantic disappointment, but then there's other things - I suppose if anything 'Benjamin's Room' is about waking up your neighbour with noisy sex, for instance," he says with a wry grin. Nostalgia for the hedonistic days within which he and Graeme first met is strong too; "a lot of the album is about the ecstasy period that I think any young person experiences when coming to a city like Manchester." Now in their late-twenties, do they miss it? "If I was 21 and I thought I could still handle it I would" muses Graeme, "but you grow out of it." All of the above contributes to a record that is rich in texture, individual in theme and wrapped in a most beautiful, otherworldly embrace; or as they put it, "there gets a point on a night out where you've been to the club, you've been to the chill out, and you've finally got bored or have run out of dance music so you look for something else to put on. I always wanted to be that record." It's within this simple statement that the essence of Daniel Land & The Modern Painters is revealed. It's about the aftermath - whether it be of a night out, a relationship break up or a personal tragedy - and the reflection that follows, the piecing together events, the trying to understand it all - whether the experience be good or bad.

Whilst I'm reaching this conclusion, Daniel and Graeme are still talking: about the second album ("hopefully early 2011"), about side projects (Daniel has recently joined fellow gazers Engineers on bass, and will shortly release an ambient album under the name riverrun) and about Manchester. This last topic seems odd, because sitting here - amidst a gushing of thoughts, talk and hazy music - we seem to be anywhere but.

Originally published for God Is In The TV, in February 2010. 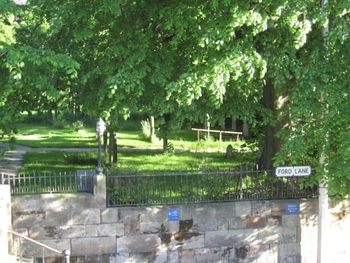 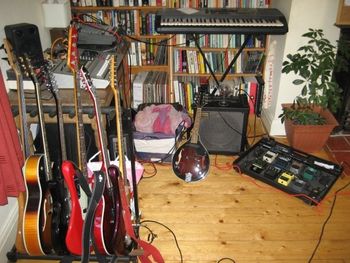 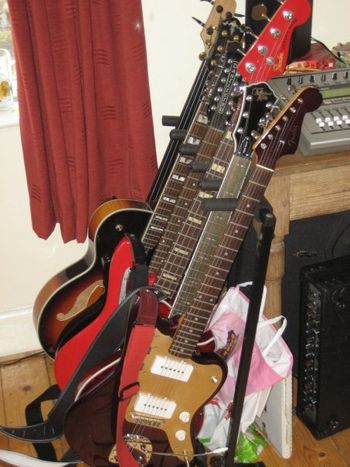 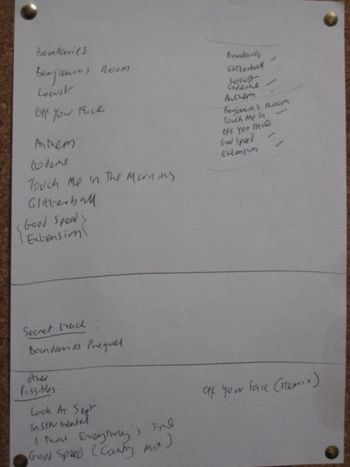 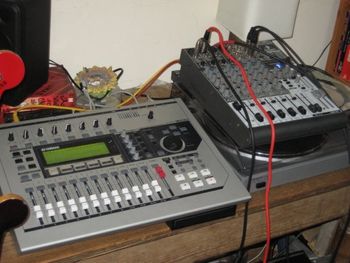 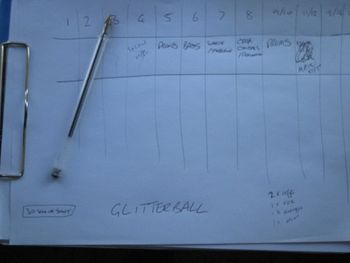 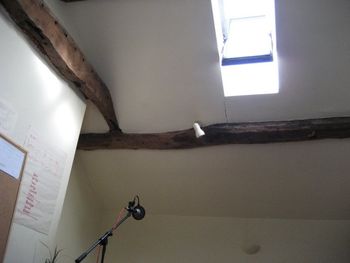 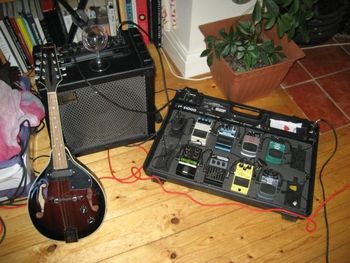 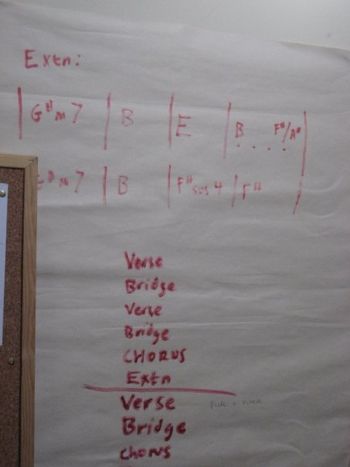 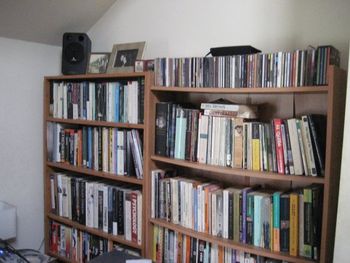 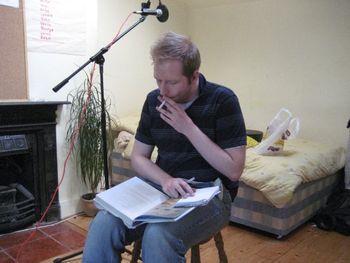 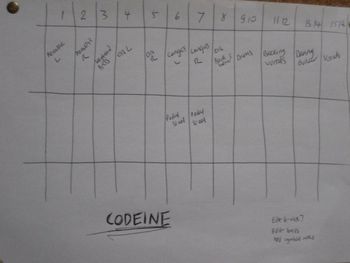 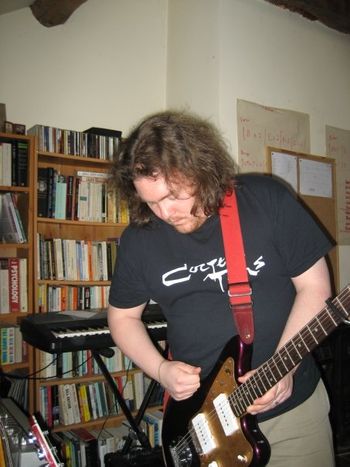 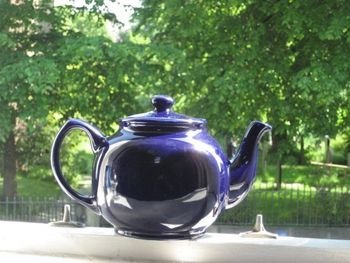 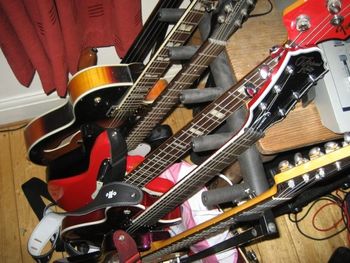 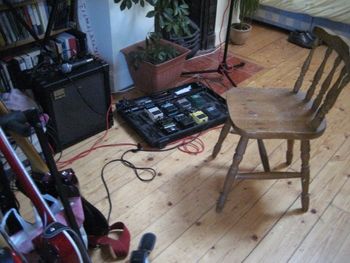 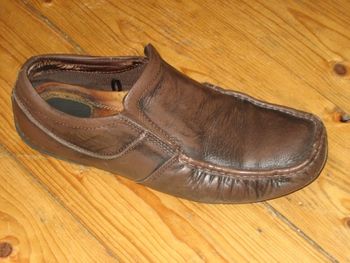 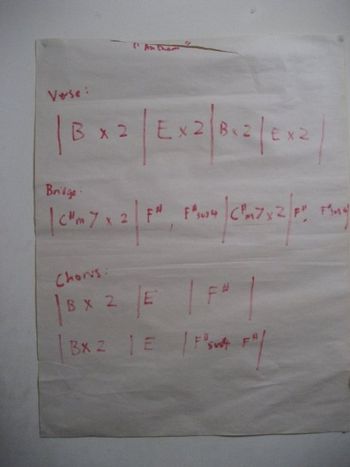 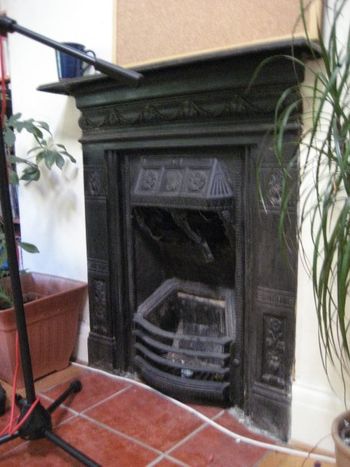