My new album of songs, The Dream Of The Red Sails, is my official follow-up to In Love With A Ghost, and represents a return to the Shoegaze/Dream Pop style I have been best known for, since the first Daniel Land & The Modern Painters album, Love Songs For The Chemical Generation.

Whilst I was very pleased with my previous album, it was, in some ways, a diversion; heavy on piano, synths, and 80s gloss, I was trying to break the mould a little bit, especially from a production point of view. The Dream Of The Red Sails is the sound of me applying everything I learned about production, to guitar-based music – and the result is an album of summery, wide screen Dream-Pop which, for me at least, is the most satisfying and complete album I've ever made.

You can pre-order, read more, or listen to snippets of the tracks from the links below.

about 'The Dream of the Red Sails'

I'm closer to 40 than 30, and the older I get, the more I find that it's the ‘paths untaken’ which occupy my thoughts. Most of the songs on this album are about the friendships or relationships of my teens and twenties – the little affairs that went nowhere, or the short, intense friendships with people who whistled through my life. It is the kind of album that I could only have written now, in the relative peace of my late thirties; where my current stability allows me to look back at the inflection points of my life with a knowing smile, a glow of nostalgia, and the natural myopia of time – as Wordsworth put it, "emotion recollected in tranquillity".

There's a Joni Mitchell album that I've come to love called Wild Things Run Fast. She wrote it at the beginning of the Reagan era, about her new husband (her bass player, Larry Klein). At the time of release, she said it was a "romantic album for unromantic times". And that's sort of how I feel about this album, which I started writing in the second half of 2016 – the year of Brexit, the year so many of my heroes died, and which culminated in myself and my partner, crestfallen, in New York City on the night that Trump was elected. If 2016 seemed dark from beginning to end, it was against that backdrop that I started working on a set of songs about light, warmth, memory, friendship, and the beauty of the late summer and early autumn, which was then further refined during a brief period spent in California in 2017.

It was only after I'd mostly completed this album – with its multiple autumnal references, and its nostalgic look back on some of the key moments of my life – that a cancer scare made it seem at least potentially possible that I might be experiencing my very own 'autumn'. That cancer scare came to nothing, but the reflective mood precipitated by my health worries (along with the loss of a close family member at the same time) seemed very in keeping with the tone and theme of this album.

This record represents a proper return to the shoegaze/dream-pop sound that I am undoubtedly better known for. It was lovely to be working in familiar territory again, and bringing to bear everything I had learned about production and texture from my last album, In Love With A Ghost. The collection of songs on The Dream Of The Red Sails came together very quickly, perhaps because instead of working against the grain of my instincts, I decided to acknowledge my skills and work towards improving them – and not be afraid of using my own ideas.

The genre that I have chosen to work in is not a fashionable one, and I've faced my fair share of comments that denigrate my working methods, or the kind of music I make. I wonder whether my last album was designed, in part, to to prove my skills as a producer. But now, I no longer care what fashionable or influential people think about my music, and that has been a total liberation. My ambition is now focused on pushing the 'thing' that I do – my thing – as far as it can go. And in that respect I feel that, four albums in, I'm just getting started.

I'm very proud of this album. I feel that it brings together everything I've learned from the other albums – about guitar textures, tunings, sound manipulation, chord sequences, lyrics, production, and dynamic arrangement – into one coherent whole. And it packs a punch too: the first Modern Painters album had 12 tracks, stretched out over 70+ minutes. This album squeezes 11 tracks into 47 minutes. It is leaner, sharper, better crafted, and more to the point. And whilst it is nothing like her music, I will invoke Joni Mitchell again – for me, this album has the same kind of breezy self-confidence that I love in her mid-period works; that sense of knowing one’s own style well enough to let the process unfold as it may, and to not worry too much about smoothing off some of the rough edges. There’s a T.S. Eliot quote, which only now makes sense to me – “Great simplicity is only won by an intense moment, or by years of effort, or both”.

'The Dream Of The Red Sails' comes two years after Daniel’s acclaimed 'In Love With A Ghost'. A sophisti-pop tour de force which referenced the lush electronica of Talk Talk and The Blue Nile, the album featured over twenty musicians, and was called "Gorgeous, lush and accessible, like fusion dining for the ears” by Noise Journal, whereas Primal Music stated that Daniel demanded "Some kind of greater perspective or respect" for an album that was "built on the genius of performance, production, songwriting and sound”.

Daniel started writing the songs that make up 'The Dream Of The Red Sails' in the second half of 2016 – “the year of Brexit, the year so many of my heroes died” – a year which culminated in Daniel, crestfallen, in New York City on the night that Trump was elected. If 2016 seemed dark from beginning to end, it was against that backdrop that he started working on a set of songs about memory, friendship, warmth, and the beauty of the late summer and early autumn – a set of songs which was refined during a period spent in California in 2017 where, in a reflective mood after a cancer scare, many of the lyrics for the album were written.

"The ultimate diagnosis was benign", he says, "But while this was all going on I stumbled across some of my old diaries, and I was in a really wistful mood, thinking about all these people who whistled through my life when I was 17 or 18 – twenty years ago now – and wondering how my life might have changed if things had gone down a different path. And also, remembering those who didn't make it - an old friend and boyfriend, who passed away years back, and a family member who died while I was making the record".

'The Dream of The Red Sails' is a record steeped with undertones of regret, nostalgia and loss, and this is, perhaps, what makes the album such a rewarding, refreshing listen; like the work of Harold Budd, or Daniel’s beloved Cocteau Twins, the album’s surface beauty suggests ugliness held at bay, as opposed to syrupy sentimentality, matched with some of the most direct lyrics of Land’s career. "I'm not dying", he sings on 'Self-Portrait in Autumn Colours'. "I'm just another year older, onyx-scarred, on a hiding to nothing". Or, on ‘Skindivers’ – a song which looks back at a teenage boyfriend whose life was cut short by a motorcycle accident – “We were young lovers, not in love; we couldn’t leave his cock alone”.

With its unique blend of confessional poetry, blue-eyed soul vocals and starry-eyed dream pop, 'The Dream Of The Red Sails' is better crafted and more to the point than anything in Land's career so far, and shows a true outsider artist at the peak of his creative powers. "If the new album feels freer than the last", he now says, "it's because I've finally gotten to a point where I no longer care what fashionable or influential people think of my music. All my things I love and obsess about – effects pedals, weird guitar tunings, sound manipulation, chord sequences, layers and layers of vocals – they're all in there. It's more 'me' than anything else I’ve done. It's the sound of no fucks being given".

Perhaps not a coincidence, then, that Daniel is now both a scholar and a practitioner of the kind of music he creates; currently studying a PhD in Shoegaze at the London College of Music, whilst collaborating with artists as varied as Darkher (Prophecy Records), Swoone (Siobhan De Mare/Gary Bruce), and the prolific electronica auteur Bing Satellites.

Lauded by Guy Garvey, Mark Radcliffe, Tom Robinson, and many others, Daniel Land makes the kind of music that, in the words of BBC Radio 1's Rob Da Bank, "The late John Peel would have loved".

Most of the album was made in London but I was lucky enough to be able to use my guitar player Gary Bruce's studio in France, for some additional recording. I also managed to squeeze in a little bit of work in California (mainly lyrics, but also some mixing and location recording) when a group of us went over for my keyboard player's wedding. These are some of the photos taken during the making of the album. 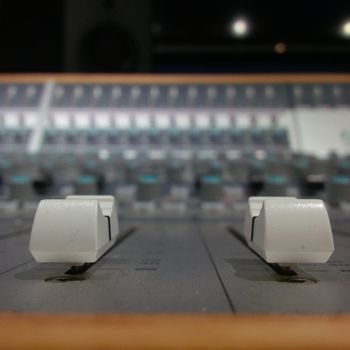 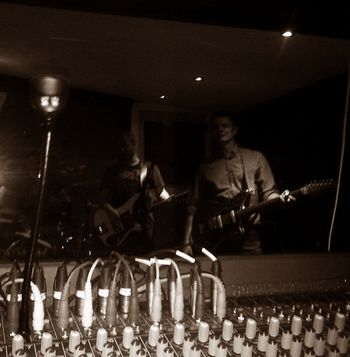 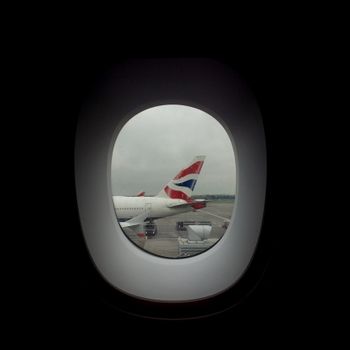 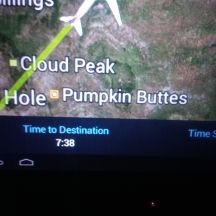 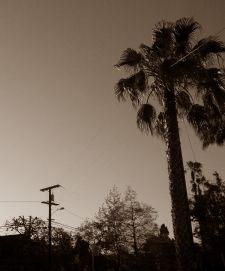 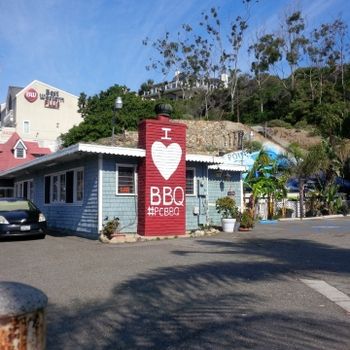 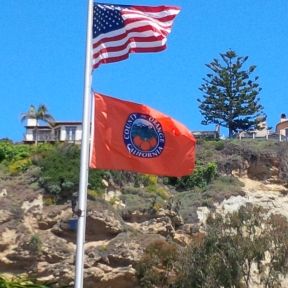 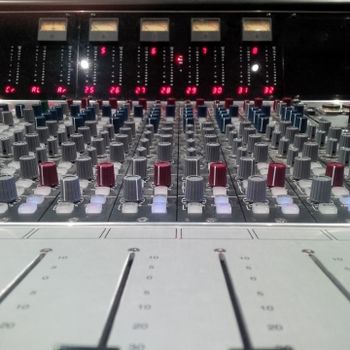 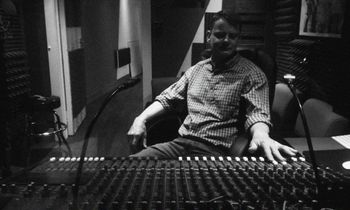 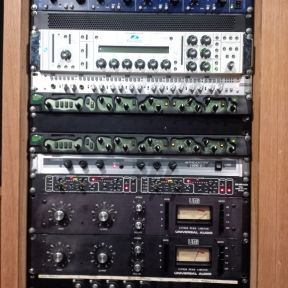 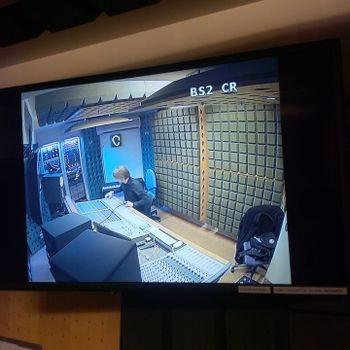 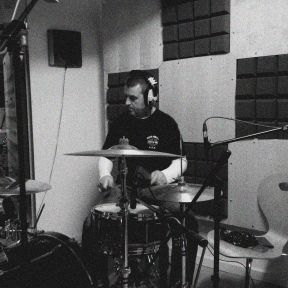 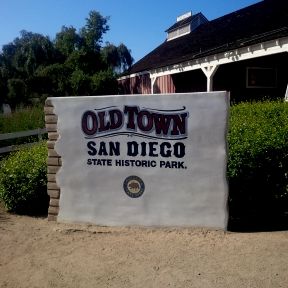 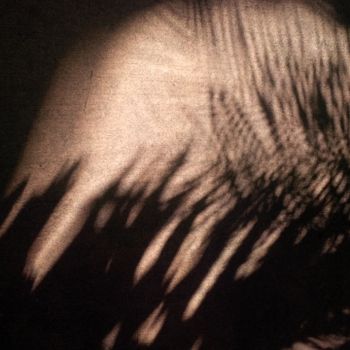 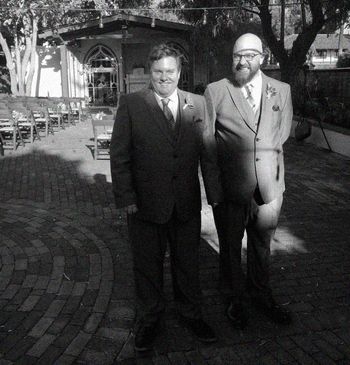 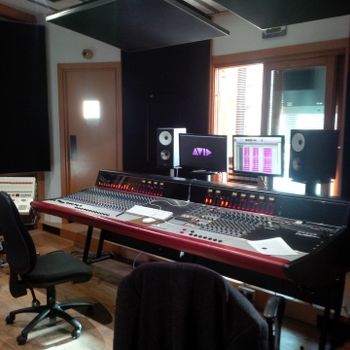 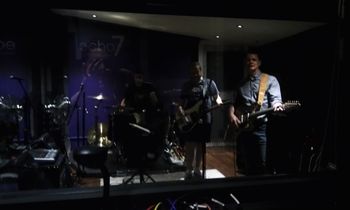 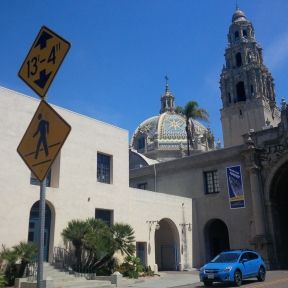 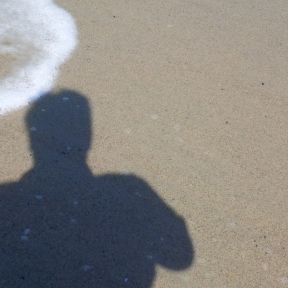 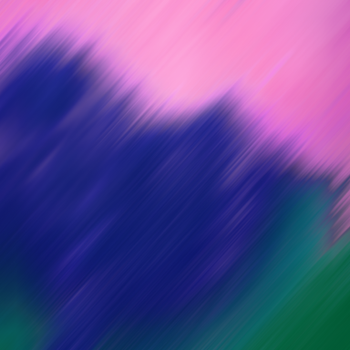 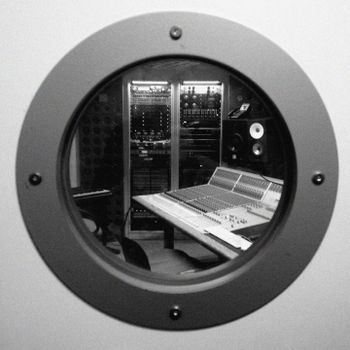 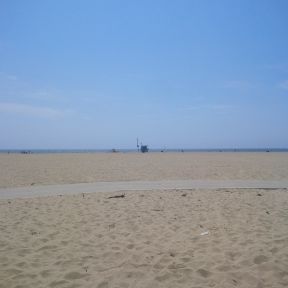 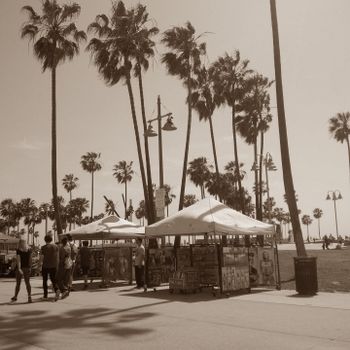 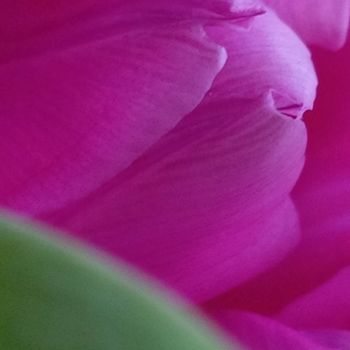 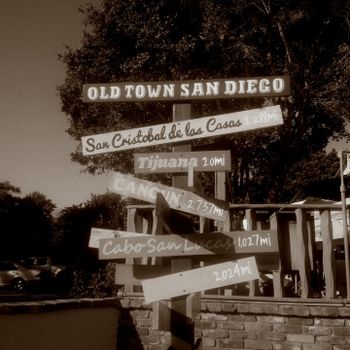 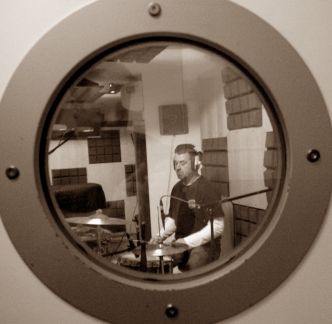 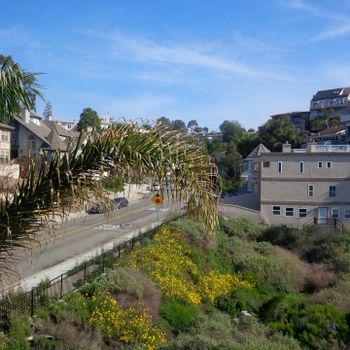 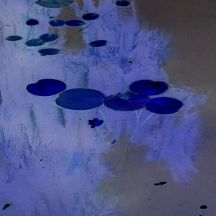